The big story for many Americans of the 2012 election season is that the new and improved version of the partnership of Barack and Michelle Obama is back. To the chagrin of the GOP and their presumptive presidential candidate, Mitt Romney, their Democratic opponent is no longer Barack Obama, conciliator-in-chief. Fresh from a three-year odyssey of disappointments, occasional self-doubts, hard-won successes, and a renewed desire to complete the job they signed up for in 2008, we see a thoroughly modern first lady and a recalibrated president, jaw set, spine stiffened, and charged up for the battles ahead. Here is a little perspective.

On page 313 of Jodi Kantor’s “The Obamas”, Kantor shares an exchange between the President and Judee von Seldeneck, the owner of an executive search firm, at a fundraiser in Philadelphia on June 30, 2011. Seldeneck, a major supporter, is reported to have asked President Obama, “Why don’t you provide the leadership we all expected from you and desperately need?” The other donors applauded her for asking the question. Later, Seldeneck is reported to have been dissatisfied with Obama’s response. The applause apparently stung the President.

The question exposed what many of the President’s supporters perceived as a dangerous flaw in Obama’s presidency, a flaw he ultimately acknowledged: how to address the conflict between who they elected Obama to be and who he wanted to be as president. For three years, millions of supporters have been asking, “What happened to the Barack Obama of 2008?”

In brief, the Barack Obama they elected arrived in Washington in 2009 with a vision of the presidency and Washington he was determined to impose from the top down. He had promised to be a new and different kind of politician and he had a plan. It was not meant to be.

For three years, the gravitational pull of forces resistant to change, yet determined to shape Obama’s presidency, pulled him inexorably to earth. A chastened president is now among us and willing to fight for us and with us, in partnership, to seek a second term. It’s about time! He is, after all, the only choice for Democrats. This is the new Obama.

His three-year journey of discovery was politically painful and the travail of that journey could still derail his quest for another term. We’ll see. This election season, at least half of the electorate is in partnership with a candidate for reelection that has learned what firefighters know: sometimes you fight fire with fire. Politics is a bloody contact sport.

Obama now publicly “owns” his numerous successes as president, especially in the critical area of foreign policy, traditionally the political Achilles heel for Democrats. In a departure from earlier practice, the President does not consider it unseemly to brag a little. Perhaps he now realizes his should not have been a presidency out of sight and allowed to be mischaracterized by the GOP. He did extend health insurance to 32 million Americans, staved off a major economic collapse with his stimulus package, rescued the auto industry, prevented the collapse of Wall Street, ended discrimination against gays in the military, and brought the last 142,000 combat troops home from Iraq on his timetable.

Moreover, he killed Osama Bin Laden, strengthened regional alliances with the leadership of Iraq and Afghanistan, reformed student loans, and passed one of the largest middle-class tax cuts in history. It was political malpractice for the President to avoid calling out the GOP for their intransigence and failing to exploit the harm they were doing to the country. Americans were looking for leadership, not a master conciliator. This latter point was the thrust of the question at that Philadelphia fundraiser.

Obama has reread the Republican campaign media strategy and is executing their media playbook with a vengeance. For example, he has moved quickly and early in the general campaign to define his likely opponent by reminding voters that if a candidate takes a position on policy while on the campaign trail, he means it. “I do”, the President says.

The blowback from Mitt Romney, John McCain and other more traditional Republicans over the President’s uncharacteristically aggressive posture, was swift, predictable, hypocritical, and yet less effective than they hoped. The President has his supporters who remind the rest of us that “it’s about time” the President suited up, showed up, and stood up.

Almost daily, the President demonstrates to voters around the country the contrast between himself and Mitt Romney. He reminds them of the courageous and honorable decisions he continues to make and of the changes he was able to bring about in spite of historical levels of opposition from Senate Minority Leader Mitch McConnell and House Speaker John Boehner.

The President speaks eloquently and passionately about a Republican agenda of Mitt Romney and Paul Ryan that is out of the mainstream of America. Moreover, he makes the point to the doubters, independents, even Republicans that GOP icons Ronald Reagan and Dwight Eisenhower would be considered too moderate for today’s Republican Party.

To the delight, and perhaps surprise, of his base, Obama has harnessed the power of his presidency to make his case for a second term. Speaking to the nation from Kabul, an event carried live by the TV networks, the President implied a contrast with his challenger to make hard decisions while projecting a vital and powerful image of a commander in chief from a war-torn land.

What is the power of incumbency, many have asked, if a president is reluctant to use it?

The general election is in full swing and the President appears poised to balance his dual roles of candidate and president. Earlier in his presidency, Obama projected the image of a president uncomfortable in that role and perhaps beyond his depth.

We should not assume this will not be a difficult slog for the President. His reelection is by no means assured. The Romney camp is formidable and growing stronger almost daily.

The two candidates are likely evenly matched considering the talent, resources, and financing available to each side.

The two candidates will have to step up their game — and likely will. The President and the Democratic Party always viewed Mitt Romney as their most likely and most formidable adversary. Their fear, until recently, was Obama would be weakened by his stewardship of the economy and a base disillusioned by a president unwilling to stand up to the GOP.

It is clear that President Obama has the political advantage on defense and foreign policy. Romney will have to tread delicately to avoid being accused of undermining the President as he seeks to end an unpopular war in Afghanistan. Romney, however, may be reluctant to avoid pressing every opening he views as an opportunity to attack the President. That was his approach to vanquishing his opponents.

Republicans forget conveniently they supported G.W. Bush when he conflated support of his presidency during the wars in Iraq and Afghanistan with public support for the troops in combat to deflect Democratic criticism.

Although several polls (Quinnipac University, FOX News, Rasmussen Reports and Purple Strategies) give Obama a slight edge over Romney, the health of the economy could be the issue that tips the scales in either candidate’s direction.

If the election were held today, the edge would go to the President. However, it is six months to November and that is an eternity in politics.

We will all stay tuned. 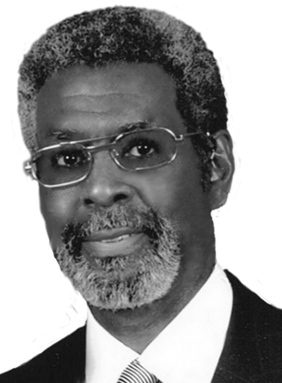 George Kennedy holds a B.A. from the University of Oregon and two graduate degrees from Johns Hopkins. 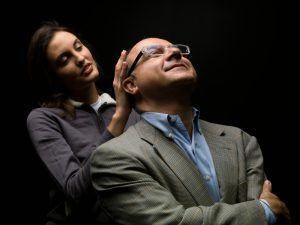 Pay regular attention to the thoughts that stream through your head.

Branding yourself is very personal and opinions vary on approach. 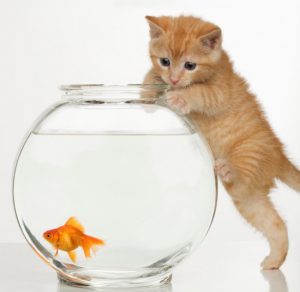 Life as it could be for many still remains a dream or a distant goal too frequently replaced by the existence we know, and too often well rationalized.

Sign up for articles by George Kennedy and other Senior Correspondents. 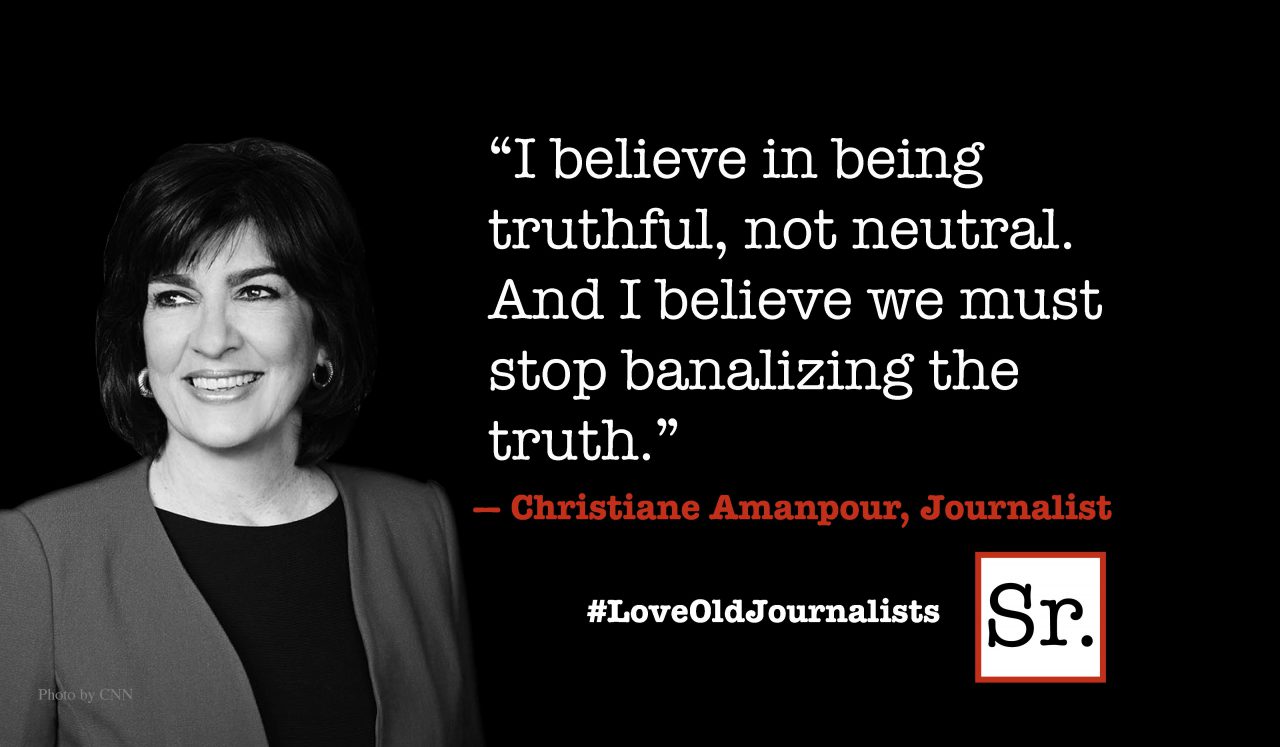